Your vacation is over and you have to go home? Do not forget to book private Borovets to Plovdiv transfer in advance. We can provide you transfer service directly to your accommodation and transport with new, comfortable cars and professional drivers.

Why to book private taxi from Borovets to Plovdiv airport with Iksam:

Why is a private airport taxi from Borovets to Plovdiv a better choice than a shuttle, taxi or public transport?

When you book return airport transfer from Borovets with Iksam Travel, our driver will be waiting for you in front of your hotel, he will help you with the luggage and drive directly to your address in Plovdiv. You do not need to wait for anyone and worry that you will be late for your flight, as happens with a shuttle transfer. Also you can stop for refreshments on the way.

Borovets is the oldest Bulgarian mountain resort. It is founded in 1896 by Prince Ferdinand. He the first builds here his summer residence and several hunting houses. Following him, some aristocrats and rich families from Sofia are starting to build their pitchforks for summer holidays. At first Borovets was known as “Chamkoria”, and in 1942 it was renamed Borovets. In the 60s and 70s of the last century, the resort began to grow and gradually turned into a centre for winter sports in the Balkans.

Borovets is nearest to Sofia ski resort, distance from Sofia to Borovets is about 70 kilometres and transfer time to Borovets from Sofia usually takes about 1 and a half hours. Borovets is divided into three ski areas of varying complexity – Sitnyakovo, Yastrebets and Markudzhika. Sitnyakovo in Borovets is good for beginners and the other 2 for more experienced skiers. The resort also has 20 km of cross-country ski runs, ski jumps and trails for snowboarders. For young fans of winter sports in Borovets is built a children’s snow park Borakids, which is located near the hotel Rila. 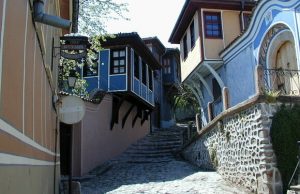 Plovdiv is one of the oldest cities in Europe, over 8000 years old, whose past can be traced from prehistory to the present day. The first Neolithic settlements within the boundaries of today’s city began in the VI millennium BC, and from the Stone-Copper Age (IV-III millennium BC) life in the city is not interrupted, which ranks it among the most the ancient permanently inhabited cities of the world. Ancient monuments such as the ancient theatre, the Roman Odeon, the agora, the Roman stadium, the late antique building “Irene”, the episcopal basilica, the small basilica and others have been preserved.

It is located in southern Bulgaria, on both banks of the Maritsa River. The second largest city in Bulgaria, Plovdiv, is a major railway and road junction in the country. Old architectural buildings and structures from the modern era coexist harmoniously on its territory. About two hundred ancient buildings have the status of historical monuments and are under state protection. Its rich cultural heritage is invaluable not only for the country itself, but also for the world as a whole.

How far is Plovdiv from Borovets?

How do I get from Borovets to Plovdiv?

There are several options how to get from Borovets to Plovdiv: