Burgas is the center where the paths of all who come to rest on the southern coast of Bulgaria cross. If you are one of these, you will need private Burgas airport transfer. We offer transfers from Burgas airport for any company at the best prices.

Why to book Burgas Airport Transfer with Iksam:

What we know about Burgas: 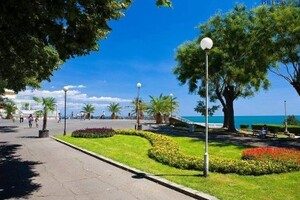 Burgas is the fourth largest city in the country after the capital, Varna and Plovdiv, it is the most significant in the southeastern region of Bulgaria. About 220 thousand people live in it. The city stands on the Black Sea coast in the western lagoon of the Burgas Bay and is the center of the Burgas region and the community of the same name. About 2 thousand years ago, the Greek town of Pyrgos was founded here, and in the Middle Ages fishermen lived in a small settlement. Burgas is one of the most important transport hubs in Bulgaria. Next to it is the Sarafovo International Airport, its seaport is the most important and largest in the country. 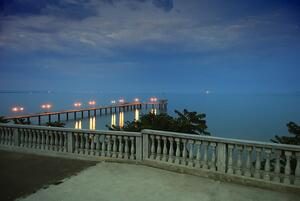 Climatic conditions can be described as continental-Mediterranean. Winters are very mild, with an average temperature of 5–10 degrees, there is no intense heat in summer, and the average values are 28–32 degrees at a water temperature of 25–27 degrees.

If you are planning to visit Burgas for the first time, then it is worth starting with a city tour. Take a walk around the Sea Garden, visit museums, of which there are many in the city, and go to the “Aquae Calidae” – an archaeological site on the territory of which excavations are constantly conducted. When the “compulsory” program is over, you can go, for example, to a peacocks breeding farm and enjoy these truly fabulous birds. Or visit the beautiful island of St. Anastasia, which gives unique impression of a single ethnographic complex. And after long walks, it’s very opportune to relax in one of the restaurants with excellent sea views and, to the sound of coastal waves, enjoy all the delights of a seaside resort.

Burgas Airport is located in a picturesque bay on our southern Black Sea coast, about 10 km from the centre of Burgas with the name Sarafovo. It operates both international and domestic flights.

The airport serves South-eastern Bulgaria and provides convenient connections to major airports such as Vienna, London, Manchester, St. Petersburg, Moscow, Tel Aviv. In addition to scheduled flights, many charter flights are also made during the summer season. Burgas Airport caters for all departing and arriving passengers at Terminal 2.

It is important to start your vacation without misunderstanding on arrival in another country, so book your transfer from / to the airport in advance. Iksam we will be happy to organize Burgas Airport transfer to any destination.