Decide to visit the capital of Bulgaria – Sofia? Book private Sofia airport transfer to avoid unnecessary worries on arrival. We offer transfers from Sofia airport to hotel for any company from.

Why to book Sofia airport transfer with Iksam:

What we know about Sofia: 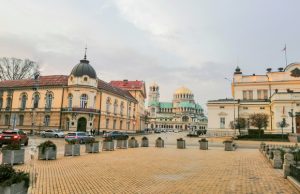 Sofia is the capital of Bulgaria, the largest city in the country. Located in the west of the country near the Sofia Valley and at the foot of Vitosha Mountain, the city is home to more than 1 million 250 thousand people. The city’s average altitude is 550 meters above sea level, the climate is moderate and continental, characterized by cold winters and relatively cool summers. The average temperature in January is 1 degree below zero Centigrade, and the average July temperature is 20 degrees Centigrade. 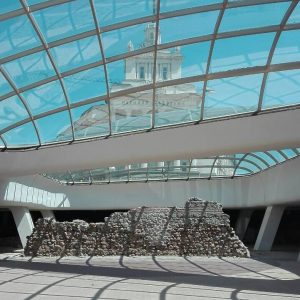 Interesting tourist attractions are Settlement Serdika in the center of the city, the Cathedral of Alexander Nevsky, church Sveta Nedelya, the Banya Bashi Mosque, Turkish baths, the National History Museum, Russian Church, Sofia Synagogue, the walking-street Vitoshka. There are also many museums and galleries with collections of works of art. And for those looking for peace and quiet, you can take the lift to Vitosha Mountain. There are many good  places for picnics, walks in summer, and in winter for skiing.

In Sofia, as well as in other European capital rather dense transportation network: there are buses, taxis, trams, trolley buses and the underground. Before you go on a trip on a particular form of transport, you must choose which ticket to buy. The choice of ticket depends on the type of transport you will use, because in Sofia there are separate tickets for certain types of transport (for example, the underground).

Underground line 1 follows the route “Lyulin – Sofia Airport” and passes through the main sights of the city: Alexander Nevsky Cathedral, Sofia University, Tsar Liberator Boulevard (station SU St. Kl. Ohridski), Sofia Zoo (station G.M. Dimitrov), as well as through the main boulevard of Sofia – Vitosha Boulevard (station NDK). In the future, it is planned to expand the one more line to the Vitosha ski resort. The route of the underground line 2: “Hope – Lozenets”.

In Bulgaria, except for Sofia, there are no trams anywhere else. The total length of the tram tracks is 308 km – 15 tram lines. Here you can meet both Bulgarian-made trams and Czech Tatra trams. There is a tram with a low floor, which is important when traveling with a baby carriage or a heavy suitcase. The following tram routes pass through the center: No. 1, No. 7, No. 20.

Taxis are traditionally yellow and checkered. The official partner of Sofia Airport is OK Taxi, also is Yellow Taxi, Maxim taxi. The prices are about the same, but you have to be very careful, since it is often found fake taxi.

The first airport in Sofia was located on the territory of today’s central railway station and the beginning of the first flights of the internal lines were transportation of mail on two routes: Sofia-Gorna Oryahovitsa-Varna-Rousse and Sofia-Plovdiv-Yambol-Burgas. In 1939, the first building of Sofia Airport was set, in subsequent years, the terminal and runways are being built and modernized. In 2000, completely renovated Terminal 1, and in 2006 opened Terminal 2. In addition, in April 2015 was builded a subway line connecting Terminal 2 to the city center. Two terminals are interconnected by a bus line.

Your vacation begins with the airport transfer, so it is important to arrange everything in advance to avoid misunderstandings upon arrival in another country. We Iksam Travel will gladly organize for you a transfer from Sofia Airport along any route.