Plan a summer holiday in Varna? Do not forget to book private airport transfer Varna in advance. We offer Varna transfers for any company at the best prices.

Why to book Varna airport transfer with Iksam:

What we know about Varna: 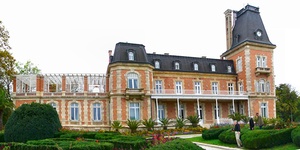 Varna is located in north-eastern Bulgaria, on the Black Sea coast. Varna is the third largest city in Bulgaria and the largest on the Bulgarian Black Sea coast with a population of about 330,000 people. Because of its historical and economic and cultural importance, it is often called the “Sea Capital of Bulgaria”.  With its modern port, railway junction and international airport connecting with 35 countries and over 100 cities in the world, Varna is one of the largest transport centres in Bulgaria. The average January temperature in Varna is +1.7 ° C, the average July temperature is + 22.8 ° C, the average annual temperature is +12.2 ° C, which makes it very suitable for sea holiday tourism in the warm months of the year. 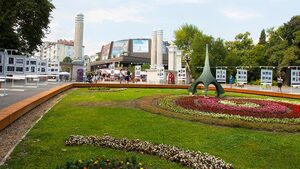 The city is famous for its historical architectural monuments, museums and art galleries. The symbol of the city is the Cathedral of the Assumption of the Holy Virgin of the XIX century, in it you can see the richly decorated iconostasis and the throne of the bishop, original stained glass windows.  The Varna Sea Garden offers many possibilities for entertainment – it has an amphitheatre, an astronomical complex, an observatory, a planetarium and a tower, many entertaining grounds and a small paddling canal for children, a water wheel pool and a zoo. The Summer Theatre is a centre for many events, the most important being the Varna Music Days, the world-famous International Ballet Competition and the Varna Summer Days. Next to it is the Kamchia Nature Reserve, one of the quietest and most quiet corners on the coast, the Royal Palace of Balchik and the Aladzha Monastery.

In the Varna region there are opportunities for practicing hunting and fishing tourism. There are 6 forest and 3 hunting farms in the area. There are also 8 hunting lodges in their territory. 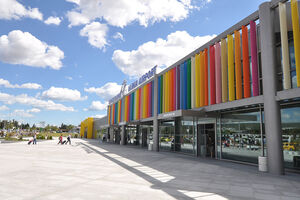 On December 24, 1919 the first transport aircraft landed in Varna on the Sofia-Varna line carrying postal items. Then the airport is called “Tikhina” and is located near Asparuhovo district, west of Asparuhovo Bridge, and has an area of 1000 – 1500 acres. This line only exists for one month. It was not until 1947 that a permanent air service was opened between Varna and Sofia. On August 2, the first Junkers 52 landed at Tihina Airport that year. There were four passengers during this flight, and only six aircraft with a total of 23 passengers landed at the airport by the end of the year.

Terminal 1 was built in 1972 and has been expanded several times over the years. As of August 27, 2013, Terminal 1 was closed after 41 years of operation. As of August 27, 2013 at Varna Airport, all passengers are served at Terminal 2. The new terminal is located on an area of approximately 20,000 m², which is about 3 times the passenger area of the closed Terminal 1. Terminal 2 has 25 check-in counters, extensive arriving and departing areas, state-of-the-art passenger and luggage service systems, shopping areas and convenient outdoor spaces.

It is important to start your vacation without misunderstanding on arrival in another country, so book your transfer from / to the airport in advance. We at Iksam will be happy to organize transfer from Varna Airport for you on any route.