Koprivshtitsa is a town-museum, which has fully preserved the atmosphere of the epoch of the national Bulgarian revival. Located in the mountains of Sredna Gora, 110 km from Sofia and 80 km from Plovdiv. There is narrow cobbled streets, cosy houses in the Bulgarian style, traditional taverns. Immerse yourself in the atmosphere of the Bulgarian Revival – book your day tour to Koprivshtitsa.

Pick up: tour can start from any address in Sofia.
Tour Duration: 6 to 8 hours. Depends on the number of stops and time spent at attractions.
Price: from €130 for a group for up to 4 people. Will vary depending on your chosen vehicle type, number of passengers. Price you can check in the table below.
Accepted payment methods: cash.

Why to book day tour to Koprivshtitsa with Iksam:

Prices for day tour to Koprivshtitsa

Price for day tour to Koprivshtitsa 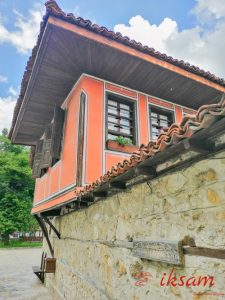 Koprivshtitsa – a small town located in Sredna Gora mountains on the Topolnita River, it is a remarkable and unique historical reserve. Koprivshtitsa has resisted many raids, burned several times, its inhabitants were often robbed and expelled. After the third arson the settlement was almost completely destroyed and then the construction of today’s Koprivshtitsa began. The new settlement was growing steadily, the local population of tradesmen and craftsmen developing the town. The more wealthy Koprivshtits managed to “redeem” Koprivshtitsa from the Turkish government, gained special privileges and thus preserved the Bulgarian traditions and the image of the city.

Koprivshtitsa was the center of national revolutionary activity. Here Vasil Levski founded a revolutionary committee, and April 20, 1876 it was announced the April Uprising. Here you can see the houses of Lyuben Karavelov, Todor Kableshkov, Georgi Benkovsky, where are collected objects and tools of revolutionaries, documents and evidence of their life and work. 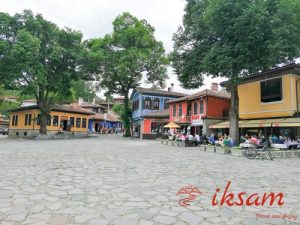 In the town, besides the old houses and the beautiful nature, tourists can also see over forty fountains, built during different periods of the history of Koprivshtitsa. Typical decorations for the Koprivshtitsa fountain are rosettes of hexagonal stars, stripe strips, images of aquatic animals, flowers, etc. One of the oldest fountains are Benevskata and Chalakovata.

There are many hotels and guest houses in Koprivshtitsa that accept visitors in an authentic atmosphere. The restaurants are numerous and offer a variety of Bulgarian dishes prepared with local recipes.