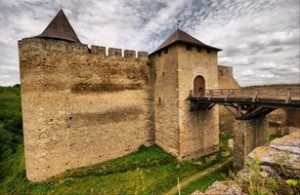 On the bank of the biggest bend of the Danube in the city of Vidin is the fortress “Baba Vida”. This is the only well-preserved medieval castle in Bulgaria.

Building of the fortress began in the 10th century on the place of a Roman watchtower Banon. After the construction was completed, the fortress was an important defensive structure in northwestern Bulgaria. The fortress has the form of an irregular quadrilateral, the length of each side is about 70 m. 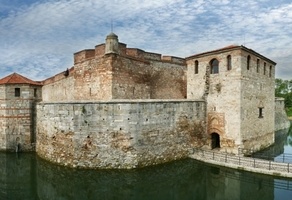 Surrounded by two walls and a moat width of 12m and a depth of 6m. On the inner wall there are 9 towers – 4 corner and 5 side. On the outer wall there are 2 towers. You can enter the fortress only from the north side, where is located the entrance tower. The latest changes were made during the Ottoman rule.Then was built the shooting terrace, and on some terraces were completed the roofs. 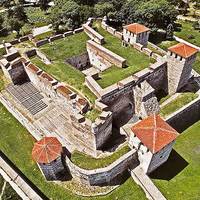 After the liberation of Bulgaria “Baba Vida” was used for military purposes and access to it was limited. Only in 1956 archaeological excavations were started, and two years later the fortress was opened to visitors. Today, there you can see many household items of those times. Torture rooms  are preserved in authentic form, and the other rooms have been recreated scenes of life in a medieval castle.